Working together in Christ. 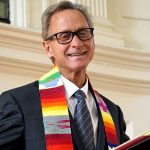 Senior Minister [he/him/his]
Center Church welcomed Rev. Richard DenUyl as our interim minister in September of 2021. Richard received his master of divinity from McCormick Seminary.  He has served churches in Connecticut, Rhode Island and Martha’s Vineyard. Richard is an avid runner and enjoys sailing his boat Grace with his daughter Sophia, his wife Barbara and their dog Luna. 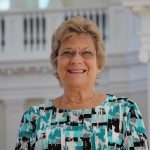 Secretary
Linda has been Center Church’s secretary since 1993. In her office she is attuned to and has a finger on all activities connected with the life of the church: designing, printing and mailing the Chronicle, preparing the weekly Sunday Bulletin, directing phone calls, scheduling the several groups that use the Parish House, church and non-church, and so on from Monday through Thursday. She also is the Financial Secretary — writing checks, and counting contributions among 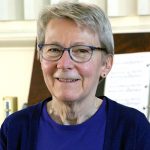 Organist
Whether playing the organ or the piano, directing the choir or leading congregational hymn singing, Karen builds on our tradition of being a church where faith and culture intersect.  As Director of Music at Center Church, she is responsible for all aspects of music in our worship services. Prior to coming to Center Church, Karen served other congregations in Connecticut and New York.  She also had a 30+ year career as an attorney, including over 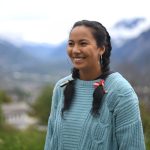 Intern [she/they]
Bel is a current graduate student at Yale Divinity School and the Yale School of Public Health, pursuing degrees at the intersection of practical theology and addiction research. Before coming to CCG, Bel worked as a mental health volunteer with migrants in Northern Switzerland, and completed clinical internships in youth outpatient and adult methadone programs in the New Haven area. At Yale, Bel currently serves as a graduate affiliate at the Asian American Cultural Centre, 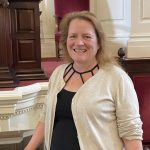 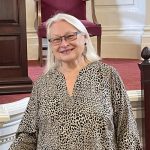 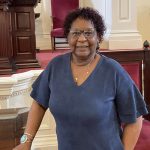 Chair of Deacons
Addie is a longtime resident of New Haven.   Currently, she is the Coordinator of Shepard Street Community Garden, and a board member at Community Action Agency of New Haven and The Greater New Haven Opportunities Industrial Center. 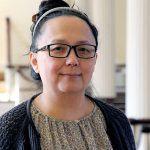 Business Administrator
As the Business Office Administrator, GiGi oversees the operations and finance at Center Church as well as administering to the renovations at the Meetinghouse.Born in Riverdale, New York and raised in Connecticut, GiGi graduated from Southern Connecticut State University with a degree in Political Science.GiGi is married to Brian, with whom she shares a daughter, Juliet, and a son, Eric as well as Thomas, Mark and Steven, from Brian's first marriage.